During my adolescence, any ounce of free time I had was spent with movies. I read about movies voraciously, watched them at home, and immersed myself in them at my local cineplex. Films were my higher reality, the primary object of my dreams and reveries. Growing up in the era of light through celluloid, going to the movies felt like a tactile experience. I learned to spot the “cigarette burns” that signaled the end of a film reel, and I would often try to catch a glimpse of the projectionist cueing the new reel.

In this series, I have taken found imagery from films, along with elements of projection and household objects, and created constructed collages. The act of photographing these constructions transforms the scraps of paper and other objects, distilling the repetition, illusion, and other hallmarks of cinema they contain. The work is both a eulogy to the dying art of celluloid cinema, and a celebration of its essence. 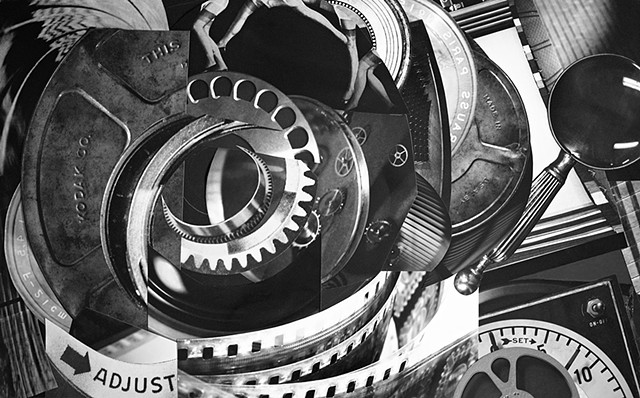 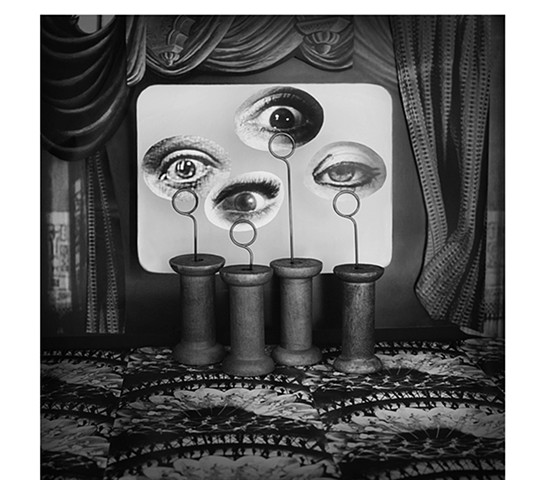